Clinical Manifestations of Cerebellar Infarction According to Specific Lobular Involvement

Lesions in the cerebellum produce various symptoms related to balance and motor coordination.
However, the relationship between the exact topographical localization of a lesion and the resulting symptoms is not
well understood in humans. In this study, we analyzed 66 consecutive patients with isolated cerebellar infarctions
demonstrated on diffusion-weighted magnetic resonance imaging. We identified the involved lobules in these
patients using a cross-referencing tool of the picture archiving and communication system, and we investigated
the relationships between the sites of the lesions and specific symptoms using χ2 tests and logistic regression
analysis. The most common symptoms in patients with isolated cerebellar infarctions were vertigo (87%) and
lateropulsion (82%). Isolated vertigo or lateropulsion without any other symptoms was present in 38% of
patients. On the other hand, limb ataxia was a presenting symptom in only 40% of the patients. Lateropulsion, vertigo, and nystagmus were more common in patients with a lesion in the caudal vermis. Logistic regression
analysis showed that lesions in the posterior paravermis or nodulus were independently associated with lateropulsion. Lesions in the nodulus were associated with contralateral pulsion, and involvement of the culmen was associated with ipsilateral pulsion and isolated lateropulsion without vertigo. Nystagmus was associated with lesions in the pyramis lobule, while lesions of the anterior paravermis were associated with dysarthria and limb ataxia. Our results showed that the cerebellar lobules are responsible for producing specific symptoms in cerebellar stroke patients. 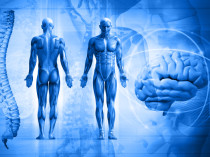 Forward Head Posture is an Epidemic, it is Most Likely Affecting You Too!

Your Health is in your Posture! 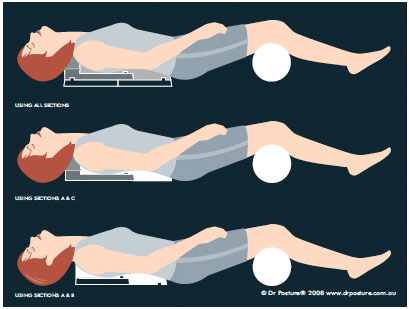 Using the ThoracicPillow® is a fantastic way to reset the posture in the mornings. It reverses most common postural faults.
Dr Posture |
Terms and Conditions | ©Copyright 2013